“By purchasing an investigation you are  supporting a small independent business in the UK.”

Delivery within one week in the UK.

Ageing rockstar Percy de Vere is dead and it looks like murder. The case is yours but have you got the detective skills to work out whodunit.

Our murder mystery game puts you in the shoes of the detective with all the evidence you need to solve the case.

Everything arrives to your door. Examine the evidence, discover the clues and put a killer behind bars.

Rated 5.00 out of 5 based on 1 customer rating
(1 customer review)
Category: Investigations

Percy de Vere was found dead in his home. The case has landed on your desk - it's up to you to solve the case.

The ageing rockstar was selling his house, Rhoades Hall, and his body was discovered by the estate agent as she showed the first of her VIP guests around.

The Case Of Percy de Vere brings you statements from everyone who might be involved, interviews with suspects, photos and even a 360 crime scene to investigate and uncover clues that you might want to investigate further.

Plus there is more information enclosed in the seventh case in the series - the case you can only investigate once you have all six games in our series of Investigations.

Included in the game:

Turn detective alone, with friends and family or on a date night and put your investigative skills to the test. Have you got what it takes to solve the case? 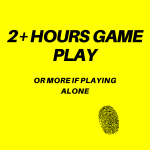 1 review for The Case Of Percy de Vere – available now

Add a review Cancel reply
Send me a message